The engine control unit of a modern vehicle is capable of condition monitoring of system components. Faults may be logged by the engine management control unit and stored in memory , which can later be read using diagnostic code reading tool. Faults may be indicated to the vehicle driver by MIL engine management light illumination on instrument panel.

A scan for fault codes is only the beginning of a repair to identify what the engine management computer detects as a fault by comparison to programmed parameters. Further testing may involve wiring checks with multimeter , signal testing with oscilloscope, pressure testing with guages.

Following testing, a faulty wiring circuit may be repaired or component cleaned or replaced.

Actuator testing is used to verify wiring circuits and component operation by operating suspect component. The actuator test function can allow some components to be thoroughly cleaned which may save replacement cost.

Following repair work the fault code memory of the vehicle computer will need to be reset to clear stored fault codes. 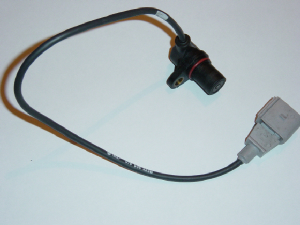 Function : Stabilise idle speed and fuel delivery quantity when engine is off load . Faults may occur due to worn out switches resulting in false (implausible) signals.

IAT may be incorporated with air mass meter , with MAP sensor (T-MAP) or seperate.

EGR system functions to reduce combustion temperature and oxides of Nitrogen ( Note : not Nitrous oxide !) EGR and Idle speed control ( ISC ) devices are particularly prone to failure due to build up of carbon and soot deposits which can restrict the air inlet system of the engine. EGR systems may cause the MIL warning lamp to illuminate intermittently and flag a P0400 EOBD fault code due to "critical system malfunction" as described on certain diagnostic equipment !

Lambda Sensor Faults: Can deteriorate due to age and contamination causing slow switching or total failure. Lambda sensor fault codes may relate to problems other than the sensor itself.

Lambda sensor operation can be affected by sensor temperature

A second lambda sensor may be fitted in the exhaust system after the catalytic converter to monitor condition of the exhaust catalyst.